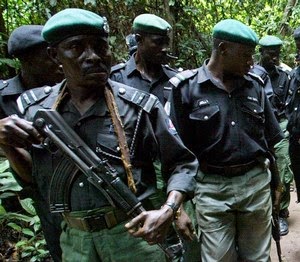 The Police Command in Benue on Tuesday alerted residents of the state of a ring of kidnappers targeting children.The command’s spokesman, Austin Ezeani, said the kidnappers were operating mostly in Makurdi and parts of Guma Local Government area.He said the abductors target children fleeing from areas of conflicts and some living in densely populated areas of the state capital.He particularly urged schools, parents and religious organisations to take extra measures to protect children in their care.Mr. Ezeani assured that the police were on the trail of the criminals, but said parents and other residents should be security conscious and report any suspect to relevant authorities.