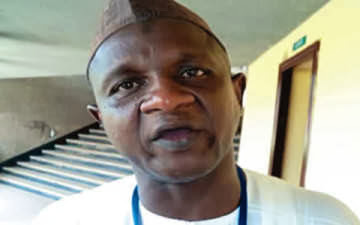 The Academic Staff Union of Universities has turned down President Goodluck Jonathan’s plea  for  the lecturers to  end their 114-day-old strike. The Chairman of ASUU at the Obafemi Awolowo University, Ile Ife, Prof. Adegbola Akinola,  and his   University of Ibadan chapter counterpart, Dr. Olusegun Ajiboye,  said university teachers would only  return to the classrooms if  the government does not honour the 2009 agreement it entered into with them.
Akinola  told  journalists   during a rally staged by members of the union in Ile-Ife on Monday, that  Jonathan  needed not beg  for the strike to be called off.
He said, “ASUU does not need any plea from Mr. President. We are not asking for impossible things. The Federal Government reached an agreement with us and we are asking them to honour it. It is so simple.
“Government should be honourable. Is it honourable not to honour an agreement? Certainly no. The Federal Government should not allow the public universities to continue to degenerate. Posterity will not forgive us if we allow public universities to totally collapse.
“Our country has the resources to honour the agreement but education is not given priority.
“The Minister of Aviation (Mrs Stella Oduah)  just  got  two bulletproof cars  bought for N255m by an agency under her supervision. So,  who do you want to tell that this  country does not have the resources?
“We won’t allow public universities to be destroyed. That is why they are establishing private  universities all over the country with the nation’s money. Except those owned by the  missionaries, tell me which of the private universities was not established with the nation’s resources?”
Akinola said that infrastructure were decaying in public  universities because of the   neglect they had suffered.
He explained that the strike was not about members of the union but a means to force the government to do the right things.
The ASUU chief warned that  children from poor  homes  might no longer have access to university education if the union  should succumb to the blackmail being employed against it by the government.