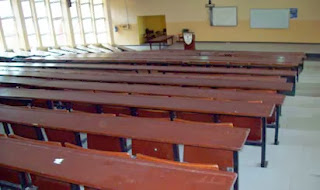 Abuja – President Goodluck Jonathan on Sunday advocated a review of labour laws to curtail the excesses of the Academic Staff Union of Universities (ASUU) and other labour unions.
The President, who made the call during a Presidential media chat in Abuja, urged the striking members of ASUU to return to work in the interest of their students and the education sector.
The President also said it was inconceivable that lecturers in state-owned universities would go on strike over issues concerning the allowances of lecturers in federal universities.
He said such a situation would not occur if well-guided and well-thought out laws were in place regulating labour union activities.

Jonathan also said that the N79 billion Earned Allowance arrears, which was the major reason for the ASUU strike, was not supposed to be paid from the federation account.
According to the President, earned allowances ought to be paid from the Internally Generated Revenue of the universities, if a good labour law is in place.
Jonathan called on the striking ASUU to reconsider its stand by accepting government offer, and call its members back to the classrooms.
The President reiterated the commitment of his administration to adequately fund the universities and provide the necessary infrastructure to aid the education sector
Jonathan said that the PDP-led administration had done quite well, despite all the odds and challenges
According to him, Nigeria is better off in the past years of the PDP-led government with improved standard of living, building of more federal universities, improved telecommunication, railways and roads.
The President assured that with the commitment of his administration to the privatisation of the power sector, electricity supply would become stable by the end of the first quarter of 2014. (NAN)