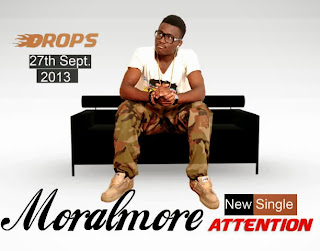 The Abuja base fastest rising music star “moralmore” now back with another club hit single titled “ATTENTION” after the release of “FeeL D BoI” with NatureZ, the young sensation who disclosed his underground work, on his chat with anthony ada abraham on leadership Newspaper in Abuja, said his working relentlessly on his debut album, feel d boi crooner “moralmore” who short listed some prominent superstars he will be working with, officially Wizkid, whitenigeria, Gospelondbeatz, G.I.Dbeatz, Tekno, solidstar, justice DH, NatureZ, moralmore who also throw a chance to any lucky fans, who can write a script of ATTENTIONS Video he/her face and name will appear on the video, it doesn’t matter which part of the world you’re, just send your script to the contact below, 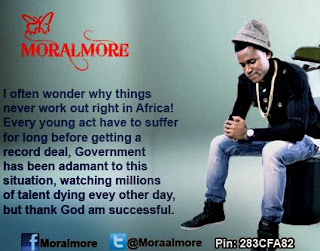