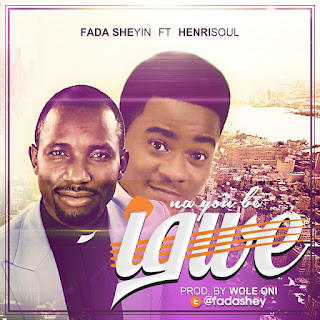 Fada Sheyin is a Priest of the Catholic Archdiocese of Abuja. His passion for music has been very overwhelming despite the rigorous demands of his vocation. This song “Na you be Igwe” featuring Henrisoul is a song that makes you get on your feet even without realizing it. This song produced by Wole oni  is one of the songs in the debut album titled “It is possible” released on the 16th of April 2015. Over the years, Fada Sheyin has worked with very notable gospel artistes like Samsong, Solomon Lange, Henrisoul,Temple etc and reputable producers like Wole Oni, Niyi P, DonSam,T-K Lex etc.Twitter: @fadashey
Instagram: fadasheyin
FB: FADA SHEYIN
DOWNLOAD mp3