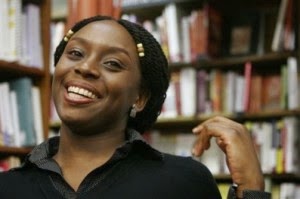 Nigerian novelist and short story writer, Chimamanda Ngozi Adichie has landed another feat as she’s been nominated for the 57th Annual Grammy Awards which will hold on February 8, 2015.
The nomination is from her collaboration with Beyonce on the song “Flawless”, which has become an iconic song for women around the world.
Beyoncé’s self-titled album, which includes “Flawless”, is in the running for Album Of The Year at the Grammy Awards, and all major participants on the album are nominated, as is the practice.
Beyonce has spoken out about how much Chimamanda’s TEDx Talk inspired her and why she just had to sample it in her song.
This nomination makes Chimamanda the first Nigerian writer to be a Grammy Awards Nominee. Big Congratulations to her!