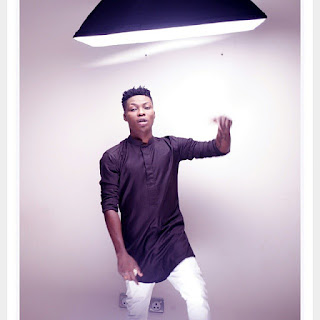 Mavin Records star Reekado Banks has declared he doesn’t see his rivals as threats. In a recent interview with Vanguard, the Unilag graduate said his label mate Korede Bello, YBNL rapper Lil Kesh and G-Worldwide singer Kiss Daniel are not threats.
Excerpts from his interview below
On Lil Kesh , Korede Bello & Kiss Daniel he said,
Everybody is different. I don’t see any of them as a threat. I’m happy with the fact that some emerging artistes are making it big in the industry. For someone like Lil Kesh, I’ve known him long before I joined Mavin records.
So, it is really a thing of joy for him to be making waves in the industry just as
I am. I don’t want to underrate any artiste or make them feel bad that they are not doing well in their chosen career. I am just happy for everybody and am not in any competition.
On preferential treatment by Don Jazzy,
Basically, talking about the songs “Dorobucci”, “Adaobi” and “ Chop Am”, I was lucky to be the lead singer. At the moment Mavin records has so many recorded songs that are yet to be released.
Also, Mavin has so many songs that featured all the artistes signed under the label. However, the songs that I was the lead vocalist are the ones that are making waves at the moment.
The next songs, we will be dropping may have DiJa as the lead singer or Korede. And, let me tell you how we work in Mavin records. When an artiste comes up with a beat, the Mavin boss will ask the person to go and record the beat.
Thereafter, he will  be required to do a freestyling of the beat. Luckily for me, after freestyling everybody applauded the beat and I ended up adopting it. So, there is nothing like preferential treatment at all.