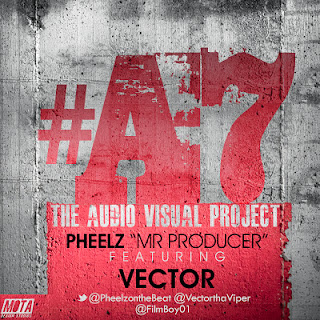 19-year old producer, Pheelz, has teamed up with rapper, Vector, to release a viral video of their Hip hop tune; “Popular”.
Pheelz, who’s the producer of hits such as Olamide’s “Msarewole”, “Turn Up”, “Going to Heaven”, and “RIP”, has created a collection of sounds that showcase the diversity of hip-hop music. After sharing some of his original productions with one of Africa’s heavyweight rappers, Vector, Pheelz launched his first project in September titled “#A7”.
“Popular” touches on Vector’s reflection of the entertainment industry, and the trials and tribulations he has personally faced, allowing Pheelz and Vector to take African rap to new heights and ears.
Check on it.