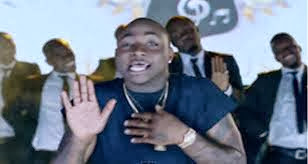 Here it is! “Skelewu” (The movie) by Davido.
“HKN Music presents Davido in a revolutionary movie showing the viral effect of the ‘Skelewu’  directed  by visionary video director Mr. Moe Musa. Shot in London, the video is definitely the best music video released this year. The video will be premiered exclusively on MTV Base UK on the 22nd of October 2013.”
Directed by Moe Musa