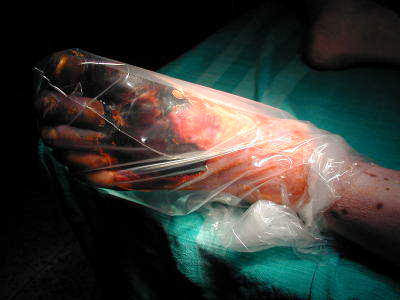 VGR : The Bauchi State Police Command has rescued a middle aged man found with a human leg from being lynched by a mob in Gudun village, Bauchi Local Government Area of Bauchi State.
The state Police Public Relations Officer, DSP Haruna Mohammed, who disclosed this yesterday in Bauchi, said that Police initially arrested a man (names withheld) with a human leg in Bauchi.
He added that after investigation, it was discovered that the leg belonged to his father, which was amputated in the hospital because of an illness.
Mohammed said: “The hospital gave him the amputated leg to go and bury. As a stranger, he pleaded with an Okada rider to take him to the outskirt of the town where he will dispose of it.
“Unfortunately for him, the motorcycle rider took him to Gudun village and alerted the public. The enraged mob took laws in their hands and started beating him before he was rescued by the police.”
He added that after he was rescued, the Police took his statement and paid a visit to the hospital, where they met his father whose leg was amputated.
He said: “The father of the man gave us the same story and we feel there is nothing incriminating against the suspect.
“We released him and he was admitted in the hospital because of the beating the villagers gave him.”