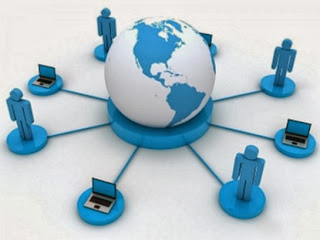 According to the latest Internet World Stats, Nigeria leads the African continent in the number of people who have access to the internet.
According to IT & Telecom Digest, Nigeria tops Africa at 45 million Internet users, while Egypt, Morocco and Kenya, respectively, follow the West African nation with 21.7 million, 15.7 million and 10.6 million people being connected.
South Africa ranked fifth, with 6.8 million people with access to the Internet, ahead of Tanzania which has 4.9 million Internet users. World Wide Worx MD Arthur Goldstuck said South Africa’s low Internet connectivity rate, as compared to Nigeria, Egypt, Morocco and Kenya, is as a result of the country’s smaller population size of 50 million people.
Nigeria, for instance, has a population of 150 million people, while Egypt has 80 million people. The report also said Africa’s total number of Internet users has increased dramatically since 2000, from having 4.5 million connected users in that year to 139 875 242 at the end of 2011.
Falling international connectivity costs in Africa and the rapid uptake of both smartphones and ordinary phones that allow Web browsing and data applications are two key factors that have driven up Internet usage in Africa, said Goldstuck.
However, despite the rise in Internet users on the continent, Internet World Stats says Africa still has the world’s lowest Internet penetration rate at 13.5 per cent.