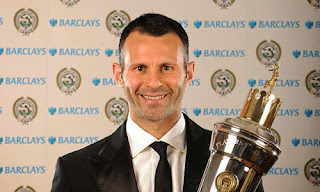 Ryan Giggs will break the all-time Champions League appearance record if he plays for Manchester United against Shakhtar Donetsk on Wednesday.

The United veteran, who turns 40 at the end of next month, will move ahead of ex-Real Madrid striker Raul if he plays a part in what would be his 145th appearance in Europe’s premier club competition.

Giggs admitted he had not been aware he was on the brink of a record.

“Really? Wow. I didn’t know that,” Giggs said during an interview with the club’s website.

“It’s a great competition and I’ve been lucky enough to win it twice and play a lot of memorable matches.

“There have been so many great players to have graced the tournament and Raul is up there as one of the very best – he has a great goalscoring record and he’s won it three times.

“If I do pass him, it will be a great source of pride for me.”

Giggs, who is also part of United’s coaching team, has made five appearances so far this season.

United legend Sir Bobby Charlton said: “I just can’t believe he’s nearly 40. In my playing days, everyone just assumed you were finished when you reached 30, but there he is, still going strong.

“As well as being a great player, Ryan is a terrific talker too, and that part of his game will be important now that he’s part of the coaching staff. It’s great he’s still linked to the club.”