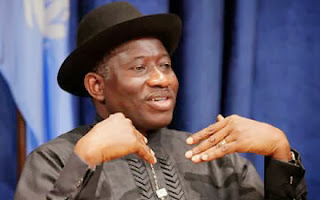 Nigeria’s president Goodluck Jonathan is a Zoologist. It is unclear if this is the reason the Presidency will next year spend N34.5m on two wild animals for the State House Zoo and car trackers for presidential ground fleet as well as utility vehicles.
Out of the sum, N14.5m was set aside in the 2014 budget as the cost of the two animals whose names were not given and N20m for the trackers.
Extra N2m is expected to be expended on two fleet tracking base stations.
These are contained in the details of the Appropriation bill presented by President Goodluck Jonathan through the Minister of Finance, Dr. Ngozi Okonjo-Iweala, to the National Assembly last week.
Also contained in the plan is the sum of N50m for the improvement of electrical installations inside the old Banquet Hall of the Presidential Villa, Abuja.
Apart from the amount earmarked for the animals, N8m is budgeted for the upgrading and maintenance of the State House zoo. The renovation of the horses’ stables/paddock for the zoo will gulp N15m.
About N5m will also be spent on the purchase of wildlife capture equipment.
The N50m was appropriated at a time work is already ongoing on new N2.2bn banquet hall approved for the Villa by the Federal Executive Council in November 2012.
The electrification project was however marked “ongoing” in the budget details to give an indication that work had already started and would be completed under the new budget.
Projects that will be carried out in the State House Medical Centre in the new year include the building and installation of oxygen/other gases generating plant at N70m; construction of VIP Wing -N1.3bn; completion of extension of Dental Wing, N50m; construction of central sterilising building,N50m and the provision of MRI building and mortuary conversion at the cost of N17.5m.
An X-ray machine will be purchased at a cost of N35m; mammography machine, N60m; embalming machine, N1.65m and hydraulic post-mortem table,N4m.
The purchase of sports kits for the State House Sports Club will gulp N4. 2m.
The remodeling of the new Vice-President’s Guest House at 1, Yakubu Gowon, Crescent, Asokoro will gulp N215m; completion and rehabilitation of security quarters at Mpape Artillery and Asokoro, N30m; rehabilitation of Presidential/ministerial chalet at Airport, Abuja, N10m; and the rehabilitation of medical centre’s service quarters, N50m.