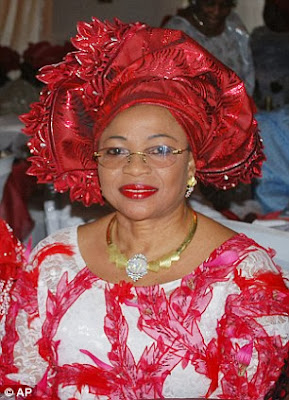 Nigerian female billionaire and oil tycoon, Folorunsho Alakija is now the richest black woman in the world with an estimated fortune of $7.3 billion, beating the likes of Oprah Winfrey to the enviable position.
In 1993, her company, Famfa Oil, was awarded an oil prospecting license, which later became OML 127, one of the country’s most prolific oil blocks, by former Head of State, Ibrahim Babangida.
The company owned a 60% stake in the block until 2000 when the Nigerian government unconstitutionally in a controversial manner acquired 50% interest without duly compensating Alakija or Famda Oil.

In May 2012, Alakija, a married mother-of-four, challenged the acquisition and the Nigerian Supreme Court reinstated the 50 per cent stake to her company.
Since then, she has been making millions every day.