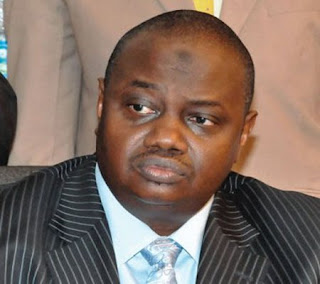 The Economic and Financial Crimes Commission on Monday urged President Muhammadu Buhari to reform the judiciary in a way that will assist the commission in its fight against corruption.
The Chairman of EFCC, Mr. Ibrahim Lamorde stated this at a two-day workshop on Budget Monitoring and Tracking, organized for NGOs, CBOs, Media and local government staff in Akure, Ondo State.
Lamorde, who was represented by the EFCC Director, Public Affairs Department, Mr. Osita Nwajah, lamented that they have always been

clash between the act guiding the activities of the commission and the constitution of the country.

The EFCC chief urged the federal government to establish a “Special Court” that would only focus on corruption cases.
He said, “It was the EFCC that proposed the Special Court and we have not relented on that. If you study the EFCC act very well, there is some movement in that direction which says that the court should not entertain interlocutory applications in the course of the trial – that is people cannot come to say let us stop the main trial and let us argue the non-substantive issue.
“But then, it is also inconsistence with the relevant of the constitution which guarantee access to judicial process of every Nigerian. So you cannot abridge that right and so far it is inconsistent with the constitution. That provision cannot operate, that is why we have this interlocutory things coming up so often.
“It is so bad that in the cases of two former governors we have on trial, some of the people you are hearing about would have gone to the Supreme Court on Interlocutory applications. They have dragged us to the Supreme Court and the usual process in Nigeria is that anytime such process comes up you will keep the substantive matter aside and address the concern as raised by the defence.”‎