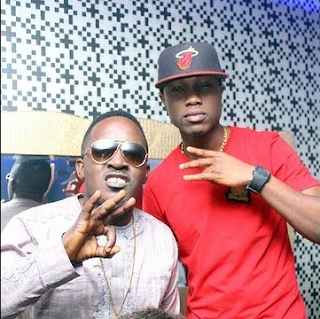 On Saturday, 22nd of August, 2015, Nigerian rapper, Vector, made history in the world of African Hip-Hop as he became the continent’s best freestyler after he freestyled for 2hrs 30minutes, from 08:00am to 10:30am.

After his achievement, a fan then took to Twitter to tell the Chairman of Chocolate City Music group, Jude MI Abaga, that he expected him to have broken the record cause he is a better freestyler than Vector.
MI’s response to his fan is quite epic as he courageously accepted his strength and his weakness, stating that he is more of a better writer than a freestyler.
I think all Chocolate City boys are better writers, Ice Prince too hardly freestyles, he writes!
MI Said:‎