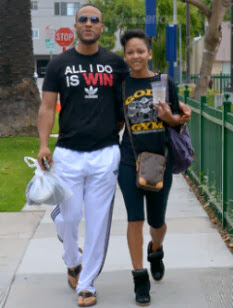 1. “EVERYBODY LOVED HIM/HER”
In my opinion, this is definitely one of the things you shouldn’t tell your partner about your ex; it’s better to just keep this information to yourself. In the beginning of your relationship especially, your partner may be tempted to compare himself with your former love, so try not to fuel his insecurities! Even though your ex is a fun guy that all your friends adore, try not to praise him too much in front of your partner. You don’t want him to think that he must compete for your love with your ex!

2. “HE/SHE BROKE MY HEART”
Well, there are very few relationships that end pleasantly, because most break-ups cause a lot of pain to both partners. Try not to mention too often to your new love how much your ex-boy/girlfriend hurt you or how hard it was for you to move on, because he may think that you haven’t really moved on yet or that you still have feelings for your ex and I’m sure you wouldn’t want that. You could try saying: “Everybody gets hurt at a certain point in their lives and so did I; the important thing is that I moved on and that I’m feeling stronger now.”.3. “HE/SHE MADE A LOT OF MONEY”
This is another thing it’s best you shouldn’t mention to your new love about your ex. You know how sensitive men are when it comes to money. You wouldn’t want him/her to feel like he’s not able to take care of you or of your future children together. So, that’s why I think you should keep to yourself all the information about how much money your ex made or how amazing he was at his job because he is your ex for a reason, and all those things are not that important anymore.
4. “HE/SHE BROUGHT ME HERE ONCE”
If your boyfriend tries to surprise you and he takes you on a special date he/she has planned for the two of you for quite some time and that date happens to be somewhere you have been before with your ex, try not to mention it to your current partner. I’m not saying you should necessarily hide it from him, but try not to ruin his surprise. Show him you appreciate his efforts and that you really love his surprise.
5. “HE/SHE WAS GOOD/BAD IN BED”
Even if your partner is extremely curious and asks you about your ex-boy/girlfriend’s S3xual performance, try not to give into temptation and politely avoid that topic. It doesn’t really matter now how good or bad was your ex in bed, just focus on your current relationship. If he keeps insisting, just tell him that just like in every relationship, there were times when your S3x life was good and times when it was less good. Try to avoid making him feel insecure or think that he is competing with your former partner for your love.
6. “WE PLANNED TO…”
Well, everyone makes plans when they are in a relationship and not always do those plans get to be fulfilled. If your current boyfriend/girlfriend asks you to go on a trip together in Paris, don’t tell him that you and your old love planned to go there last year to celebrate your anniversary. It doesn’t matter anymore! Just focus on the plans you’ll make with your new better half! After all, your former boyfriend/girlfriend isn’t the one for a reason.
7. “HE OR SHE BOUGHT ME THIS”
After a long relationship with someone, you’ll surely have quite a few things that he/she has bought for you in all those years you spent together. But despite all that, your current boy/girlfriend doesn’t need to know exactly how many of your ex-partner’s gifts you still keep, because he might not want to find out that the chair he loves and founds so comfortable was bought by your ex.
These were in my opinion some of the things you shouldn’t tell your partner about your ex because you wouldn’t want to hurt his feelings or make him feel insecure for no reason. Can you think of other things you shouldn’t mention to your current love about your ex? Do tell!