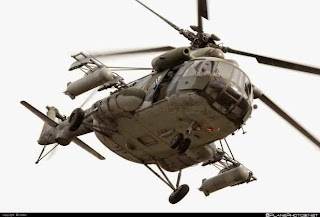 Unknown gunmen have attacked Adogo Police station in Ajaokuta Local Government Area of Kogi State, with dynamites in an attempt to loot the armoury, but they were repelled by the Policemen on duty.

The attempt by the  hoodlums to cart away arms, was aborted, as the Police successfully evacuated the arms from the station.

The attack which was carried out on Sunday with heavy dynamites, set the building on fire, according to a statement by the Force Public Relations Officer, Emmanuel Ojukwu, on Monday in Abuja.

The Police said no casualty was recorded by the men on duty, but some of the hoodlums, it said, escaped with bullet wounds, adding that the area has been reinforced while frantic efforts are ongoing to track-down the fleeing gunmen.

It said, "At about 2100hrs of September 21, 2014, unknown gunmen unleashed heavy attack on Adogo Police Station, in the Ajaokuta Local Government Area of Kogi State, from different directions of Okene, Ajaokuta, and one other route, apparently desirous of carting away Police arms.

"The Policemen on duty, swiftly took positions and returned fire. The heavy dynamite launched by the attackers, demolished and set fire on part of the Station."

The Police appealed to members of the public, to report anybody seen with bullet wound, to the nearby Police Station or other security agencies.

In a related development, following the reported selling of babies by some Motherless Baby's Homes in the country,  the Acting Inspector-General of Police,  Suleiman Abba, has directed all Assistant Inspectors-General of Police in charge of Zonal Commands, State Command Commissioners of Police and other Police field Commanders to put measures in place so as to put an immediate end to the illegal sale of babies in the country.

While directing that all the Motherless Babies Homes and Centres in their respective domains should be properly monitored so as to nip in the bud the trafficking of babies within and outside the country, the IG directed that all Police personnel should be thoroughly lectured on this subject.