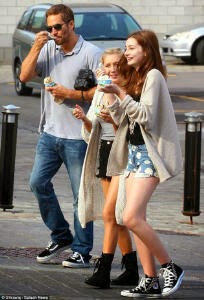 Paul Walker who died in a fatal car crash with his friend Roger Rodas on the 30th of Nov 2013 has left all his $25 million fortune to his 15 year old daughter.
The 40-year-old actor’s will named 15-year-old child, Meadow Rain Walker, as the sole beneficiary of his entire estate in his will.He also appointed his father Paul Sr. as the executor.
He left nothing for his 23 year old girlfriend Jasmine who he had dated for 7 years. He was 33 and she 16 when they started dating.