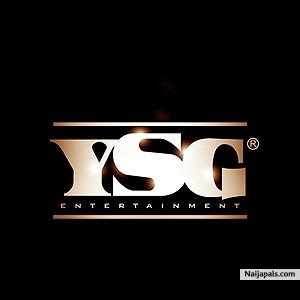 I have some piece of information for you as to what Vector tha viper has been up to. Vector has been recording for the pass 3 months now. He is planning on dropping his mixtape titled A7, he also plans on doing a listening party for this mixtape. The reason why I’m telling you this is cause I agree with the fact that he shouldn’t get away with breaching his contract just like that without paying some kind of fee. Record labels invest in musicians hoping to get their investment and profit back. His old songs and videos are still receiving air time which is a plus to him but who paid for them, who paid for production, air time, publicity?. He also released a new song “popular” under the name of the producer as a front but when he discovered that the song was gaining a lot of popularity (pardon the pond) he went to shoot and release the video (which has been showing on soundcity, channel O, afromusic, trace and was released online) and it was released as
Vector – popular under new mixtape #A7 which will soon be released (what happened to the so called Pheelz producer that featured him? Is it Vector’s song or is he claiming Pheelz (former X factor contestant) song? Which one is it?. There’s no Right or Wrong answer, cause either way he should be sued. How and why? Cause he was ordered not to release any new song/video (ie if the song is for him) and if it’s for Pheelz it’s worse, cause he’s not suppose to be featured on any track and he claimed a song that’s not for him, a song that featured him and went to shoot the video and claim the song as his own and didn’t even acknowledge the owner of the song (ie Pheelz, the producer) in the music video. (Just imagine if he did that with dj exclusive who also featured him in a song “I’m exclusive” or if he did that with dj jimmy jatt who also featured him in a song “spin”). Vector tha Viper, real name Olarnewaju David Ogunmefun is a fraud star. Please please and
please don’t let another artist get away with duping another record label after all their sweat and MONEY has been put into “a wanna be ungrateful” artist. Websites and Blogs should also please stop promoting and encouraging artists to breach their contract by promoting their new music knowing fully well that they are in court and they’ve been ordered by the law not to release/take part in music, entertainment activities. Also please find attached proof that the song “Popular” was released under Pheelz’s name.
Thank You.