From the words of Joseph Benjamin, ‘value

creates wealth and it is through self-
development I was able to become who I am
today.’ The P-square brothers have really done
well for themselves as they continue to bring joy into their families and pride to the Nigerian flag especially now that the country is celebrating another independence day.
As the year draws closer, the duo fed their fans with ‘double trouble’ and in the dancing mood, Peter Okoye almost lost his leg while entertaining fans when he fell off the stage while performing thereby creating ‘double thinking.’ But, the duo were never bothered as they kept their fingers
crossed waiting for the next international phone
call that will buzz in.
As expected, their phones actually rang as
expected and their accounts were credited. The pop duo have been signed as the brand
ambassador of Skols Alcoholic drink in Congo.
The brothers were recently unveiled in Congo as the new face of the drink with their pictures
boldly printed on the mini bottle of Skol beer.
Indeed, hard work pays. This is coming few days to the much anticipated ‘double trouble’ tour in Lubumbashi in the Democratic Republic of Congo in less than some hours’ time. 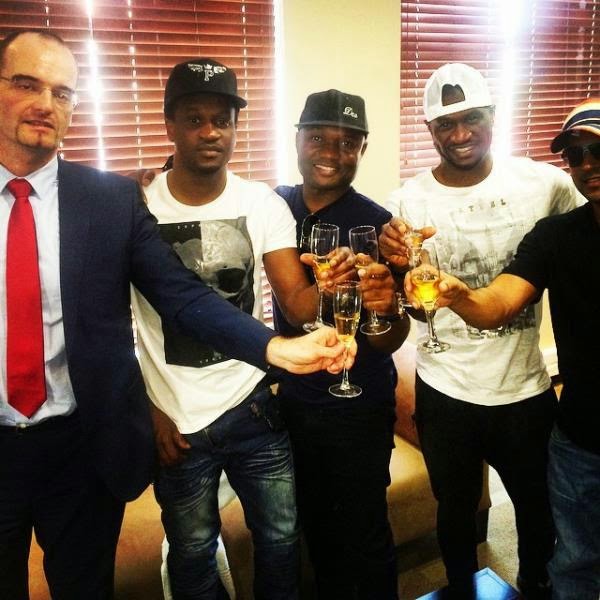 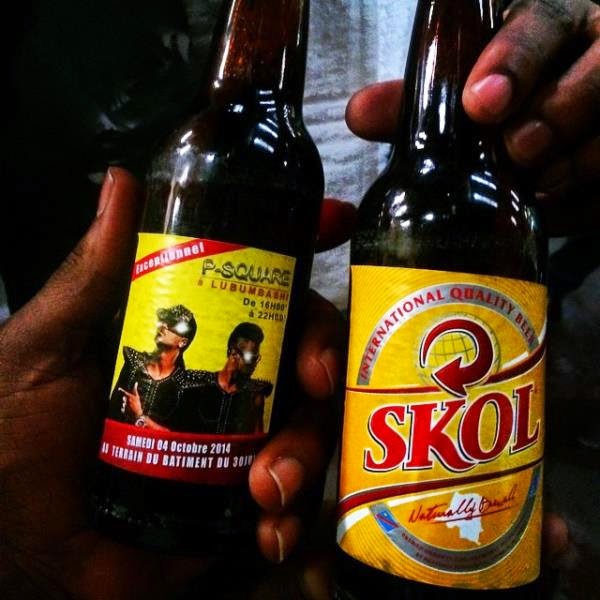