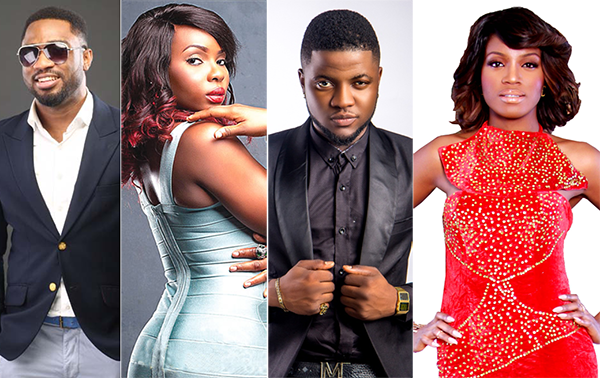 Talent in the Nigerian music industry is a dime a dozen. With new stars springing up every day, standing out and making a difference is the name of the game.No doubt, a debut album is an important tool for distinction among artistes; it is a body of work that places you above ‘rookie status’. No matter how many hits you score, if you can’t offer an album, you remain stuck in the upcoming zone and are not considered a full-fledged artiste (think Dede Mabiaku here).NET highlights seven Nigerian artistes who need to make that jump pretty soon too.Seyi ShayThe beautiful Seyi Shay returned to Nigeria in 2011 to kick start her solo career and hasn’t done badly for herself in the past three years – she’s dropped some very decent singles, performed at good shows and shot top notch videos.The industry, music buffs and her fans are anticipating the release of her debut album; it is time the Osun State born singer prove her worth with a collective piece of work.PraizIn a country where R&B is often overlooked, Praiz has risen to fame solely on his ability to thrill with the genre alone.Praiz has stuck to his strength in the R&B genre and has been rewarded with a record label deal and an endorsement deal, much like his ‘club music’ counterparts. Currently signed to X3M Music, Praiz has released singles like ‘I Love You’, ‘Jekalo’ and ‘Rich and Famous’, which have had good reviews.Praiz has proved that an artiste can be successful in the Nigerian music industry with the R&B genre. A debut successful album from the smooth singer will definitely give hope to all upcoming singers and it will be a welcome piece of work for R&B lovers.Skales‘I’m heading for a Grammy,’ Skales rapped in his 2010 popular single of the same title. Sadly, four years later, he’s yet to release an album.When the young, talented and raw rapper was snapped up by Empire Mates Entertainment, many tipped the Edo State born rapper to take over from Nigerian hip-hop greats.His stay at the record label didn’t work out as planned and now Skales is currently without a label.However, it is not all doom and gloom for the rapper. With an indisputable talent, the rapper is back to basics trying to re-strategise his music career.No better time to drop a debut album than now. A Skales successful comeback (with a dope rap album) will surely be one of Nigeria’s finest hip-hop moments.OreziIt’s been almost six years in the Nigerian music industry for Orezi, yet the singer is without an album to his name.The Channel O Awards 2012 nominated artiste began his music career in early 2009 and since then has released songs like ‘Shake body’, ‘I no fit lie’, ‘High B.P’, ‘Head ache’ ‘Booty bounce’ and ‘Rihanna’.With his dance-hall style of sound, the Delta State born artiste has consistently impressed with singles that are always club favourites.With an album, Orezi will be able to prove that he is not just a flash in the pan, but a musician who should be taken seriously.Yemi AladeSince becoming a household name with the release of her smash single ‘Ghen ghen love’, rising pop star and singing sensation Yemi Alade has not rested on her oars.She has so far been impressive with her collaborations with Dipps, Tipsy, AQ and Yung6ix. But the ‘Yoruba-Igbo Girl’ needs an album and she needs it now.Social media has been buzzing since the release of her latest singles ‘Tangerine’ and ‘Johnny’, which are currently enjoying massive air play.With all the buzz and attention around her, a good debut album will bring about a quantum leap in her career.KaySwitchHe was first introduced on the Mo’hits compilation album Curriculum Vitae in 2007. Since then, he has had school, a record label switch and welcoming a baby to contend with.He has, however, done well over the years, with a slew of impressive works here and there. But he’s still in his big brother D’banj’s shadow and he needs to step out. No better way to do that than by releasing a debut album.He has managed to garner his own fans with his unique style of reggae rap records. D’produkt, as he is also called, needs an album to expand this fan base.Muna AbiiDespite her talent, Muna is still known to many as the beauty queen that won the 2007 Most Beautiful Girl in Nigeria pageant. It’s time the rapper show that she’s more than just a pretty face and prove herself as an artiste.Since she found her way to stardom, she has released songs like ‘Here to stay’ and ‘Down down low’, with many other collaborations with Waje, Suspekt and Terry Da Rapman.She recently revealed that she will be releasing a collaborative album with Afro Dance Hall star, Lamboginny, but she has failed in keeping such promises before. The rapper Cvm model also promised to release an album last year, something she is yet to do.