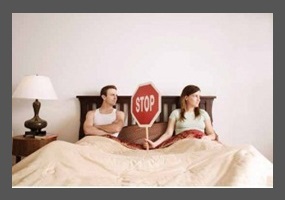 1. S3x is a powerful force that can destroy if not used properly. Like atomic power, S3x is the most powerful creative force given to man. When atomic power is used correctly it can create boundless energy; when it is used in the wrong way it destroys life. S3x is the same kind of powerful force. S3x is a gift from God to give us the greatest pleasure, to help in creating a deep companionship with one’s spouse and for procreation of the next generation. But if you play with this powerful force outside the bounds of marriage, it destroys you and those close to you.

2. S3xual activity for young people arrests their psychological, social and academic development. Studies show that when young people engage in premarital S3x, their academic performance declines and their social relationships with family and friends deteriorate. This is because adolescents are too immature to deal with the explosive S3x drive and it tends to dominate their life.
3. The majority of women cannot enjoy S3x outside of the bonds of marriage. The development of a fulfilling S3x life needs the security and peace of the marriage bond. Premarital S3x usually takes place sneaking around in hidden places dealing with the fear of being caught, the fear of pregnancy and feelings of guilt. All these (worrisome) factors undermine pleasure in premarital S3x, most especially for women.
4. Virginity is to be given to the most important person in your life, the person you committed yourself to stay with forever in marriage. Your virginity is the most precious thing you have to give to your spouse. Once you lose it, nothing in the world can bring it back. Don’t lose something so precious in a thoughtless way.
5. Those who engage in premarital S3x run a high risk of contracting one of the many venereal diseases rampant today, as well as losing their fertility. Not just AIDS, but other common disfiguring diseases like herpes have no cure.
6. Some venereal diseases have no symptoms and many couples discover many years later that they became infertile because of these diseases. Infertility experts estimate that 80% of today’s infertility is due to venereal diseases contracted before they married.
7. The best and only method that guarantees 100% against AIDS and other S3xually transmitted diseases is to wait for marriage to have S3x and maintain fidelity in your marriage.
8. Premarital S3x breaks the 10 Commandments given by God. The 10 Commandments are given to man by God to make man happy. They are not outdated and they are not restrictive. If we follow these laws, we can create happy and prosperous lives. If we don’t follow them, we will pay a heavy price in divorce, disease, abortions, illegitimate children and loneliness. Modern men make a big mistake when they think that they can break these eternal laws and not suffer consequences.
9. Premarital S3x runs the risk of conceiving illegitimate children. Numerous scientific studies show that the children of single mothers suffer psychologically and are less successful socially and academically than children from intact families. Above all, children need both their father and their mother. It is wrong to risk having children who will never have their father’s love, protection and care.
10. If you date and you don’t have S3x, you can forget about that relationship when you stop dating. But if you have S3x with those you date and then break up, the nature of S3xual involvement creates strong, often unpleasant memories for your whole life. Every relationship you break up where you had intimate relations is like a mini-divorce. The psychological difficulties of these mini-divorces does damage to your character. Later, when you are married and go to bed with your beloved spouse, these unpleasant memories will accompany you. True love waits. If a boy or girl truly loves you, they will want the best for you. They will not want you to suffer fear of disease, unwanted pregnancy and the psychological difficulties of premarital S3x. They will want to experience love with you only in the very best place of all – the love nest of marriage.‎