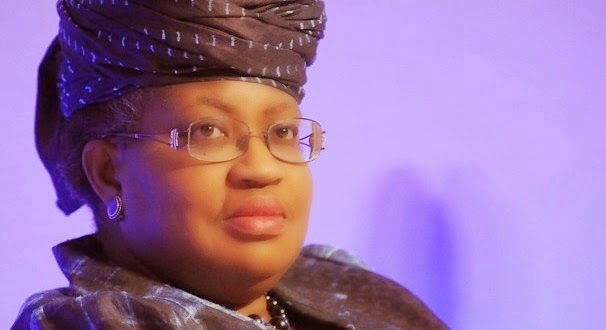 Minister of finance, Ngozi Okonjo-Iweala, has disclosed that for Nigeria to sustain its present economic stability, about $5b should be put in the excess crude account which has been depleted to $4.1b.Speaking when she appeared before the Senate Committee on Finance and National Planning on the 2015-2017 Medium Term Expenditure Framework (MTEF) as a working document for the 2015 budget, she said the constant sharing of money from the fund had left it low.

According to her, “I think that the excess crude account was built to be able to cushion us at times like this – when we have some kind of difficulties – and I think it played that role to perfection during the crisis of 2008 when oil fell to $38 to $40 per barrel, even worse than what we have now. At that time, we had saved up quite a lot of money, as such we were able to draw at least for quite a few months to carry the economy.

“Now, you need a certain amount there to cushion at any one time. Before you spend the rest, you need a certain amount and, I think, what happened even after the need for augmentation the amount continued to be shared; that was where the mistake was made, and habit set in so that when we came, and even for the few months we met the full amount, there was still insistence on augmenting and sharing.

“If you do that, it means that during this time, when you really actually need the money, you don’t have enough.

“We have calculated that, in order to help us regain this stability, we need a minimum of about $5billion and anything about that is good. The IMF actually calculated $6.3 billion to be maintained in that account.

“It helps to cushion our exchange rate; so if we go and withdraw it abruptly beyond that amount, it causes a problem; and you know we went down to $2 billion last year and then we built it up to $9 billion, and there was insistence we must share, and it came down to $2 billion, and then we built it back to $5 billion. Right now we are at $4.1 billion.

“If we had built it to a stable cushion then – anything above that – we could now use it to augment and that’s the reason why we have not seen that is that we have to balance out everything and I think Nigerians care so much about exchange rate. If you have abrupt changes, that will also affect the psychology of Nigerians, inflation and all that.”

“I am very proud that time, sitting at the World Bank, Nigeria was one of the few countries that didn’t come to the IMF and the World Bank for urgent support.”

On her insistence that Nigeria is not broke, she explained: “Nigeria, as a country, has quite enough assets and I think anybody inside and outside will agree to that. That is why it is very difficult when people say the country is broke; I say absolutely not, because if we wanted to mobilise any of our assets to cover, we could do that.

“However, that does not mean that we cannot have some cash flow fluctuations; we just have to manage it because we have an economy that is reasonably self-sufficient.”