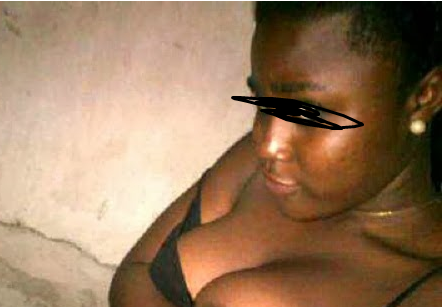 Once you touch down, you will feel the vibe of Owerri, the capital of Imo State. The city is warm, with things to keep visitors engaged. Known for its robust hospitality industry, Owerri is the destination of fun seekers of all sorts. Visitors to the city will always have fond memories as well as the longing to return. They will remember the nightlife; most of the fine restaurants, hotels and fun spots are places to be in the night.

They know that Owerri has its fair share of nightclubs. While some of the clubs operate on their own, others are built inside hotels. Those who lodge in the hotels that operate nightclubs are admitted free, upon showing their room keys. Others pay gate fee. Expectedly, going by the active nightlife in the city, Owerri is brimming with all categories of Pr0stitutes.

One of the commercial S3x workers told The Sun, at the Rappour Hotel nightclub, that she comes around to earn money and take care of herself and siblings. Ijeoma, as she called herself, said: “I come to the club about three times a week to catch some fun, but nothing goes for nothing.”

Most of these S3x workers are students of institutions in the state and neighbouring states. In the day, the girls appear somewhat respectable on campus, but at night they wear a different cap. By their dressing you will know them. They appear in low waist trousers, short gowns/micro mini skirts, midriff and oranges revealing tops and patrol premises of hotels with nightclubs.

To Mr Livinus Manukwem, an Owerri businessman, the situation could not have been otherwise, every factor considered. “The sheer number of tertiary institutions in and around Owerri naturally creates the environment for people to indulge. I think there are more higher institutions in Owerri than in any other town in the country. Those setting up such facilities in Owerri are smart business people, taking advantage of the environment or situation. It is just like locating an industry where the raw materials for production abound.”
Open S3x club. One of the nightclubs offering “special services” is located unobtrusively off All Seasons Road, New Owerri. The club begins business from about 8pm. However, activities reach fever pitch from 10pm and continue till the wee hours.

This hangout is a white bungalow that hardly gives itself away. It looks like the regular club inside but without heavy décor and neon lights at the entrance. The regular dance hall is always almost empty, making one wonder how they manage to stay afloat. But if you wait long enough, you will notice young and middle aged men strolling into a passage on the left side of the dance hall. And that is where the real action is.

To go past barrel-chested bouncers manning an inner door, you must pay a gate fee of N1,000. There is an adjoining room also and both have something in common: Wild S3xual obscenity.

The rooms are not well illuminated but bright enough for you to see what is being offered. Once you step in, the sight that greets you is that of a number of naké.d girls or at various stages of nu’dity. The girls in bra and pants soon shed every piece of clothing, as the show gathers momentum.

The nightclub parades these girls in appreciable number. Unlike some other stri.p bars where only a handful of girls entertain, this nightclub has them many. And they come in various sizes and shapes: slim, flat, tall, short, fair, dark. Again, unlike most clubs, where go-go girls exhibit their stuff on a platform, in this fun spot the girls offer more or less personal service. They move from one patron to another, showing the stuff they are made off. Wonderful!

The Sun reporter was at the nightclub recently. As soon as the reporter and two of his friends sauntered in, the girls began to hover around them. About 12 of them were inside the room. Some were smoking and drinking beer, which is sold for N500 each.

Others were rocking to the pulsating music blasting from the speakers, making explicit remarks and gestures to the men, even as some playfully squeezed one another’s buttocks and oranges.

After the reporter walked in, Flavour’s monster hit, Ashawo, began to play. The tempo of the music seemed to energize the dancers and they did exotic dance steps and got wilder.

In corners, some of the girls were engaged in lap dance with men, who grabbed the opportunity with both hands, caressing the lower region of the girls. The mischievous guys were inserting naira notes in between the thighs of the girls. In this nightclub, to be “appreciated” is euphemism for “I need some money.”

The inner room is a shade darker and sleazier. There, the patrons and the girls get more intimate, engaging in all manner of acts. Some of the dancers were sitting astride men even as others were caressing themselves.
One of the girls, who gave her name as Marbel, said that for N2,000 she would engage in “ora.l” with a man in the dark hall. It was gathered that a patron could also take any of the girls out for the night, for an agreed sum. The price depends on the time, desperation of the girl and bargaining power of the patron, but it could be anything between N5,000 and N10,000.

Private parties:
It was also learnt that the stri.p dancers equally entertain at private or house parties. According to one of the girls, who identified herself as Maureen, “If guys want to be entertained in a private apartment or hotel room, the girls would be willing. The price tag is N5,000 per girl for an outing of between four and five hours.”

Maureen, who claims to be a graduate from University of Nigeria Nsukka (UNN) and speaks good English, also said that during such private outings, sé.x can take place but it depends on the agreement between both.
She said: “You can have sé.x with a girl at the house party, but it is a personal thing. Of course, if you make a good offer a girl will not refuse it. It is a matter of cash.” She further said that if given at least two days notice, she can arrange for up to 30 girls for such special party. She further said that payment must be made before the girls begin to drop their pants.

Defending her action, the beautiful Maureen said:
“What is the big deal? Everybody is doing it. Female bankers do it, actresses do it; lawmakers and ministers too are doing it. In fact, some pretenders have sé.x with more men in a week than stri.p dancers.”