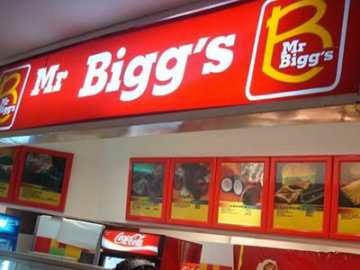 United African Company, has hinted that it will soon commence shutting of Mr. Biggs’ outlets nationwide if the premises are found to be poorly maintained and the services do not comply with laid down standards.
Also, as part of the changes planned for the chain, new, improved services and menus will be introduced in all Mr. Biggs outlets nationwide at the end of October.
The Acting Marketing Manager, UAC restaurants, Eustesia Ogunsusi, said this while reacting to questions about the poor outlook and service in some Mr. Biggs outlets in Lagos. She described the trend as being a common feature of most big franchises but gave the assurance that UAC had begun a facelift programme for Mr. Biggs outlets nationwide, saying there were plans to shut outlets that were not properly run.
She said, “Although we had gone full franchise since 2012 and the connection UAC has with Mr. Biggs is in the ownership of the brand name, we have a strong relationship with the operators of the restaurants and we regularly monitor their progress. We have a compliant team who visit them and we organise regular trainings for them, all in an effort to ensure that they are relevant in the environment and they meet the standards specified by UAC. We are working on a lot of improvements for the outlets. From the end of this month, a new set of menus will be launched and the outlets will start wearing a new look.
A lot of outlets will be shut down if we find that they are not complying with the quality and standard of service stipulated by the UAC.
As a way of connecting more with customers, Ogunsusi and the UAC team implemented corporate social responsibility programmes in secondary schools around Lagos. During the week, the team engaged the Ilupeju All Stars football club in a novelty football match and also donated sets of branded footballs to the students.
Ogunsusi said that CSR was part of UAC’s programme of connecting with football players at the grass-roots level and showing appreciation to Mr. Biggs’ customers for their patronage over the years.
“This year, we will have five football fixtures in Lagos alone. We will be giving out 15 balls at all the fixtures and rewarding the man of the match at the end of each game. Next year, we will implement different CSR programmes in all the states where Mr Biggs outlets are located.
The mandate we have is to go beyond feeding our customers and get involved in every aspect of their lives.”