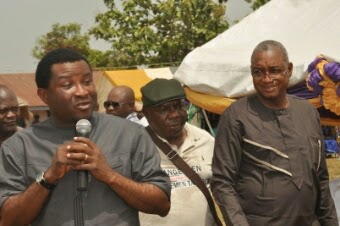 The Benue PDP Guber candidate in the forthcoming general elections, Prince Terhemen Tarzoor has promised to pay the over four months salaries owed workers in Benue State once voted into power.
He made this pledge while addressing a support group ‘Mount Saint Gabriel’s Old Boys For Tarzoor 2015′, observing that the issue of delay in payment of salaries of civil servants has come to stay with us, blaming it on the global recess caused by oil price drop.

The governorship candidate said if elected, he would source for funds to clear the salaries and start on a clean slate. “Let no one deceive you, there is no way salaries can be cleared before the election. Recall that Suswam inherited the June/July salary arrears popularly called JJ from his predecessor Sen. George Akume and he cleared it. So, what makes them think I cannot do same? I have the capability to offset the salaries”, he said.