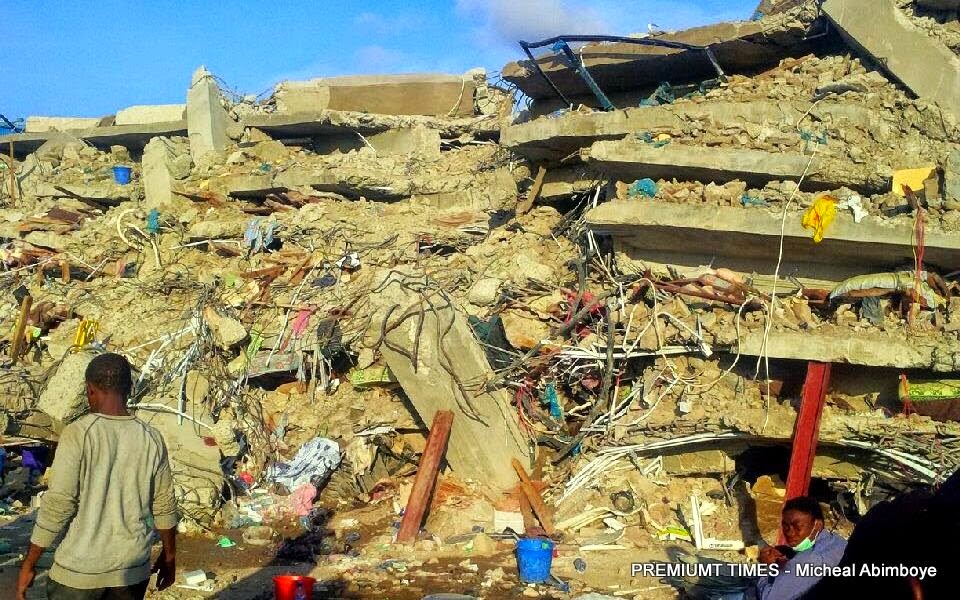 The Founder and General Overseer of The Synagogue Church of All Nations, Temitope Joshua, has linked the collapse of an uncompleted guest house owned by his church to a “strange aircraft” which he said hovered around the building before its collapse. Prophet Joshua said the plane hovered around the collapsed building for over 30 minutes. The clergyman spoke just as emergency officials said 17 people died in the incident while 123 others were evacuated alive and rushed to hospital. Briefing journalists, including a PREMIUM TIMES reporter, on the incident on Saturday, the pastor played a CCTV footage of a flying aircraft to back his claim. In the footage, a plane was seen flying over the collapsed guest house at four different times on Friday morning — 11: 30 a.m, 11: 43 a.m, 11:45 a.m and 11: 54 a.m. The ‎building collapsed at 12:44 p.m Friday afternoon. PREMIUM TIMES was unable to authenticate the footage, and it remains unclear whether there is indeed a relationship between the flying aircraft and the collapse of the building. But in his speech, Mr. Joshua insisted the aircraft, which flew past almost an hour before the incident, was responsible for the collapse of the building. The pastor said he was the target of the attack.