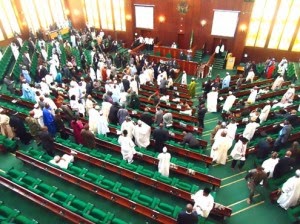 The House of Representatives, Tuesday, said it would drag any person or organisation that attempts to oust the chairman of the Independent National Electoral Commission (INEC), Prof. Attahiru Jega to litigation by the International Criminal Court (ICC) or a suitable Nigerian court.
Speaker of the House, Aminu Waziri Tambuwal, and the Nigeria Civil Society Situation Room (NCS-SR) also rejected any attempt to remove Jega as unconstitutional and counter-productive to the survival of democracy in the country, when he received members of the NCS-SR who paid him a courtesy call in his office.
According to Tambuwal, those plotting Jega’s removal are simply playing a script that Nigerians are familiar with. “When the Emir of Kano, Muhammad Sanusi II,” whose removal he explained precipitated the current economic woes being experienced in the nation, “I had cause to condemn the act. Those contemplating Jega’s removal are acting along the same line.”
“But Jega is not a civil servant. We should be careful. We shouldn’t send the wrong signal to the people of Nigeria,” the Speaker appealed.
Tambuwal also spoke against the indications from unknown quarters that an interim government may be set up. He observed that “signs are ominous that if we are not careful, the dark days will return to Nigeria.”
“There is no interim government in the constitution. Those talking about interim government, are they planning a coup? It is outside the constitution and I don’t know why our security agencies are condoning it? It is a treasonable offence. We should respect the wishes of the people and the will of God.”