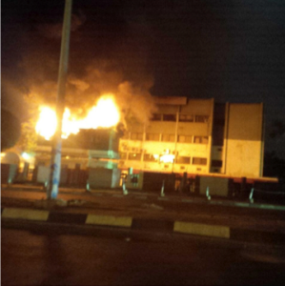 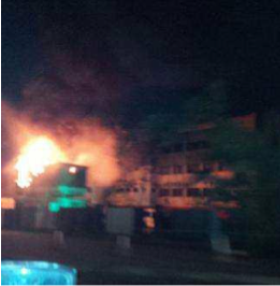 The headquarters of the PDP, Wadata House in Wuse Zone 2 Abuja was gutted by fire around 8.15 last night. A section of the building, which the party uses as its press center, was completely razed.The National Publicity Secretary of the PDP, Olisah Metuh, confirmed the incident and said it was not sabotage, but electrical fault. He said the fire started from an air-conditioning unit in one of the cabins and had been put under control by men of the Federal Fire Service.

“The PDP rules out any form of sabotage or attack and hereby wishes to inform all our members and teeming supporters that the fire has since been put under control,’’ Metuh said in a short statement.