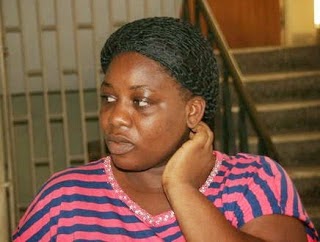 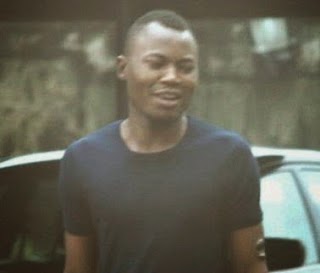 Ibhonitie and Charity allegedly belong to the group of fraudsters using the internet to defraud unsuspecting victims.
Ibhonitie allegedly defrauded one Mrs. Weidman Andrea Sabrie, a German, of the sum of $ 91,000 (Ninety-One Thousand United States Dollars) by pretending to be an American working in Nigeria for a roadconstruction company.
To access the proceeds of the fraud, Ibhonitie allegedly opened a domiciliary account in the name of one Mr. Steven. He entered into an agreement with Charity, the account officer that opened the account for him, on how the proceeds from the crime will be shared. By the arrangement, Charity was to keep 3 percent of every inflow to herself while 7 percent will go to Ibhonitie. The remaining 90 percent, by the arrangement, went to Steven. However, investigations showed that Ibhonitie was the same as Steven. When the charges were read to them, they pleaded not guilty.
One of the counts read:
“Dandeson Ebosele Ibhonitie (a.k.a Dandy James,  Connor Mead, Barrister Louis Harpoch, Brett Francis Steven (still at large) and Ohiwerei Charity on or about the 2nd day of April, 2014 at Benin within the Benin judicial division,  with intent to defraud obtained the sum of USD 45,000.00(Forty Five Thousand United State Dollars) from Mrs. Weidman Andrea Sabrie, a German national through Skye Bank of Nigeria Limited Account No: 2520346555 in the name of Dandy James by falsely pretending to her that the said sum of money represented legal fee for Barrister Louis Harpoch for your defense which pretence you knew to be false”.
In view of their pleas, prosecuting counsel, Ayokunle Fayanju, prayed the court for a trial date. He also opposed the bail applications of the defendants.
Justice Ikponmwen adjourned the matter till September, 30, 2014 for hearing of bail applications and ordered that the defendants be remanded in prison custody.