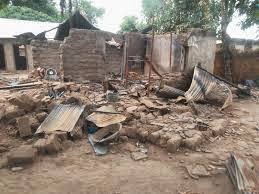 At least 20 people are reported dead and thousands have fled Cameroonian villages on the border with Nigeria following a conflict between armed Nigerian cattle ranchers and Cameroon farmers.

Cameroonian member of parliament Walang Richard tells VOA the Fulani were armed and caught the villages by surprise on Tuesday.

The villages involved include Efung, Afu, Gaeyama and Mayi, situated about 20 kilometers from the nearest military post.

This is not the first violent incident involving Fulani herdsmen who have long been embroiled in conflicts over land rights with regional farmers. In 2012, they raided the village of Baoro. Cameroon’s government responded by creating a military post in that village.

Walang says more needs to be done to protect citizens in his district. He also says the number of dead is probably higher than what the military initially reported – given that people have been scattered on both sides of the border.

“They are so many. There are even some we are looking for and not seeing. They are taking the thing lightly, but we must secure our border,” he said.