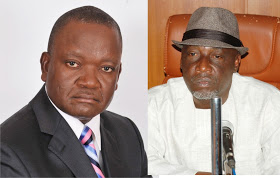 Immediate past minister of interior, Comrade Abba Moro has described the current administration of Governor Ortom in Benue State as a complete disaster.Moro, stressed that the people of Benue State are running out of patience after waiting in vain for the arrival of the much-awaited CHNAGE.The ex-minister warned the governor to stop using God’s name to hoodwink the already-dissapointed people of the state and get to work as soon as possible.He told Vanguard in a recent interview thus:“Well, while I can candidly say that it is too early to assess the performance of government, especially the government in Benue State now, I want to say that having been in government before at various levels, I know that people’s minds are fixated on a number of activities and periods of administrations.” For instance, you know that 100 days is a celebrated period in governance in Nigeria. If you look at what is happening in Benue State now, the signs are very ominous that we are in for the worst of times. In spite of the much touted bailout and loans that the Benue State government under Dr. Samuel Ortom has taken to pay salaries, salaries are not paid. The governor had ordered that two months salaries be paid recently but as I’m talking to you, I am on good authority that no salary has been paid.“I think that for a government that is anchored on change, a government that is headed by somebody who says he is going to run the government by the fear of God, these steps are missteps.“They are not good steps in the right direction because the first set of activities that is expected of a government that is coming on the heels of despondency on the part of Benue State workers and the Benue people in general, are activities that are supposed ordinarily to ameliorate the conditions that they met on ground; the non payment of salaries, the fast decaying infrastructure on ground, these are activities that pronouncements should have been made on and actions taken to ameliorate.‎