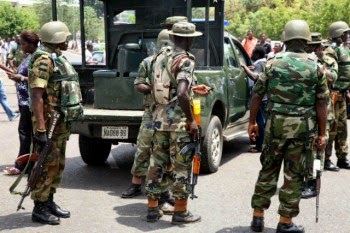 The Nigerian Troops have freed several towns that were initially captured by the terrorists group, especially with the liberation of Baga, a fishing community in Borno where no fewer than 2, 000 people were killed.

The military recently also carried out air raids on Sambisa and Gwoza, alleged strongholds of the Boko Haram militants, killing, making some to flee as well as capturing many of the sect members in the process.

However, following the improvement in the operation against the Islamist, and the renewed commitment of the military hierarchy in ensuring that the soldiers morale continues to soar, Nigerians will be expecting to hear a good news about the over 234 female students that were abducted from Government Girls Secondary School, Chibok, Borno State by Boko Haram members in April 2014.