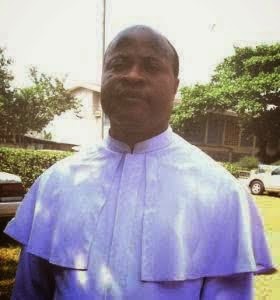 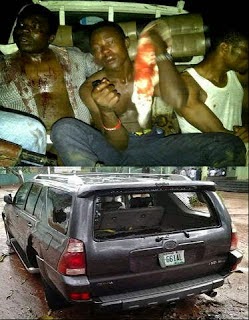 The schism, which has been trailing the appointment and consecration of the new Bishop of Ahiara Catholic Diocese, Most Rev. Peter Okpalaeke, by the Papacy, took a more dangerous dimension weekend, as priests allegedly got entangled in what people described as a dirty battle.

Vanguard investigations revealed that Rev. Fr.Januarius Chima Ahaneku went to St. Brigid’s Catholic Church, Nnarambia, at about 7.15p.m., following his posting to the parish by the Vicar General of the embattled Diocese, Rev. Fr. Clement Ebii.
While Fr. Ahaneku was accused of storming the parish with thugs and assaulting the resident priest, Rev. Fr. Marcellinus Nweke, Ahaneku, however, said he was there on legitimate posting.
Nweke confirmed that he had to alert the police and the people when his brother priest allegedly exhibited an act unbecoming of an ordained Catholic priest.
He said: “They started harassing us, using hammer and some iron bars to break the doors and gained entrance. Some of us even sustained injuries. I dislocated my left shoulder.”
Continuing, Fr. Nweke alleged that the police recovered pump action rifle, double barrelled gun and an electric shocker from Fr. Ahaneku and his friends.

Fr. Ahaneku’s story
In his own account, Fr. Ahaneku, who is a son of Nnarambia, said although he presented a letter from the Vicar General, Rev. Fr. Clement Ebii, deploying him to St. Brigid’s Parish, as an Acting Parish Priest, he never attempted the use of violence as claimed by Nweke.

He explained that the men, who were arrested by the police as thugs merely accompanied him to the Parish, to assist him settle down with his belongings.
He said: “The Parish Priest left without the knowledge of the Vicar
General/Delegate of the Diocese. So, I was detailed to go there and take care of the souls of the parishioners. I did not go there with a thug at all.”
Continuing, the obviously angry priest recalled that “when Fr. Nweke came out, we greeted each other and I explained my mission to him and he said he was not informed of the posting and insisted that the Vicar should call him.
“The Vicar General called him severally but he refused to pick his calls.
“I took him to my car and showed him my authority: the letter I was given.
After reading it, he said there was no trouble.”
Continuing, the priest recalled that as he was trying to move his personal belongings into the parish house with the help of his friends, Fr. Nweke started making calls.
Ahaneku said: “They first raised false alarm to the police that some armed robbers invaded their house.
“In a matter of minutes, several people stormed the place. A lot of them were carrying machetes and other dangerous weapons.
“I wanted to leave in my vehicle but my brother priest stood in front of my car, insisting that I will not move an inch. In order not to smash him or commit any crime, I left the vehicle there,” Fr. Ahaneku recounted.
The Sports Utility Vehicle, SUV, which Fr. Ahaneku drove to the parish was badly vandalized by the alleged angry youths and was still in the custody of the Church at press time.
Vicar-General’s confirmation
Reacting also, the Vicar General of the Diocese, Rev. Fr. Ebii, however confirmed that Fr. Ahaneku had his approval to report to St. Brigid’s Catholic Church.
He said: “Fr. Ahaneku was sent there officially to go and do pastoral work. He had a legal paper from me.”Most Rev. Peter OkpalaekeMeanwhile, Imo State Police Command has appealed to the Administrator of Ahiara Diocese, who doubles as the Archbishop of Abuja Ecclesiastical Province, His Eminence, John Cardinal Onaiyekan, to find a lasting solution to the lingering crisis bedevilling Ahiara Diocese, since the death of Bishop Victor Chikwe.
The Police Public Relations Officer, PPRO, Mr. Andrew Enwerem, who made the passionate appeal, while reacting to the mayhem unleashed by some supposed parishioners in St. Brigid’s Church, Nnarambia.
He said: “It is most shocking that priests can get to this level. The Catholic Church and its priests are supposed to show good examples for others to follow.”