12-year-old boys, Shivanath and Shivram Sahu caused quite a stir when they were born in India. The cojoined twins share two legs and four arms and work in tandem to get around. some people in their village worship them as divine incarnations lol.  They were born joined at the waist and believed to share the same stomach but have independent lungs, hearts and brains. some doctors still beleive they can be seperated…That one go hard ooo plus their father wants them to remain that way.
According to their father, “They have similar opinions and if one says he wants to play the other one agrees. God has created them like this so they have to walk like they do. They will remain like this. I don’t want anything else. Even if doctors say so, I won’t get my children separated. I have no interest in money. I’m the one who will work hard to nourish them. I don’t need any help.’
The twins are able to walk down the stairs of their simple split-level home and even run on all six limbs to play cricket and other games with neighbouring children.
Shivram, one of the twins also said: ‘We don’t wish to get separated. We will stay like this even when we grow old. We want to live as we are.
[PHOTOS] 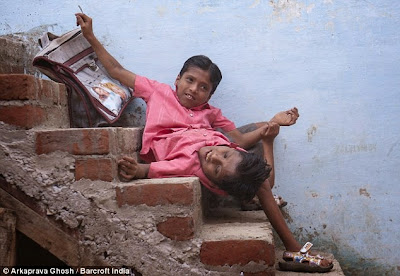 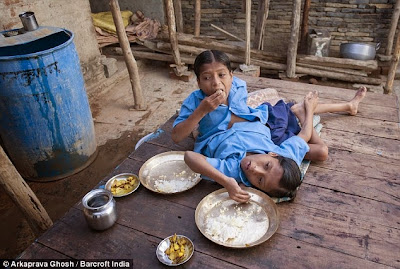 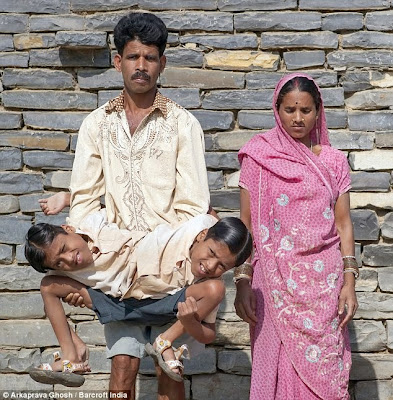 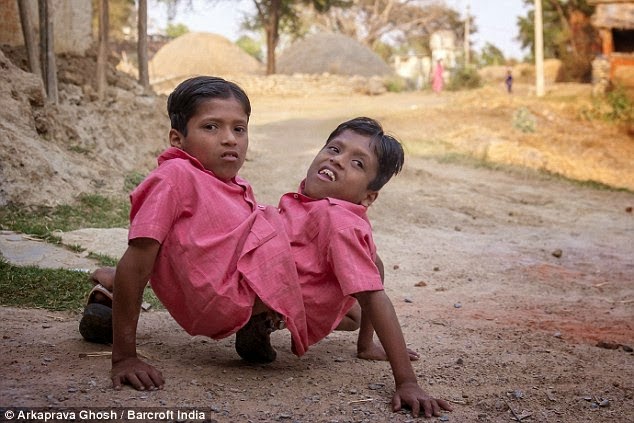