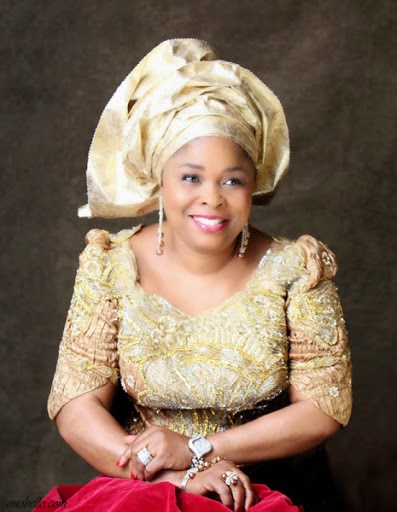 The First lady, Dame Patience Jonathan, on Monday told the All Progressives Congress Presidential Campaign Organization that “she is a woman of peace that can never be identified with electoral violence”.

She said there was no way somebody like her, who occupies the exalted office of the President of the African First Ladies Mission, would be promoting violence under any guise.
The wife of the president was reacting to the decision of the APC to report her to the International Criminal Court for allegedly asking supporters of the Peoples Democratic Party to stone anyone canvassing for change, which is the main opposition party’s slogan, during a campaign rally in Calabar, Cross River State.
Mrs. Jonathan’s media aide, Ayo Adewuyi, who responded to the claim by the APC that the first lady was promoting violence, said “The only thing we can say from here is that Dame Patience Jonathan is a woman of peace that can never in any way be identified with violence before, during and after elections.
“You do not expect somebody who is the President of African First Ladies to be promoting violence”.
On whether the first lady would be ready to answer any inquiry from the ICC on the matter, Adewuyi simply said, “They are just notifying. The case is not yet in ICC. They are entitled to their opinions and actions. We are not going to be dragged into any argument with them”.