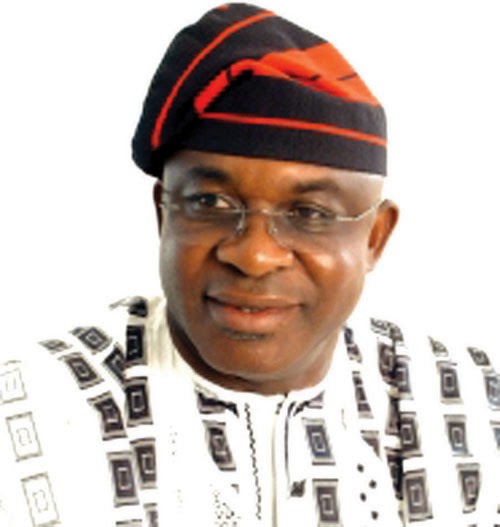 The senate president made the remarks while receiving four members of the House of Representatives and nine local government chairmen from Benue.
In a statement signed by his Chief Press Secretary, Mr Paul Mumeh, in Abuja, it stated that the president’s desire for creation of additional states was due to call by some Nigerians to correct some imbalances that existed in state creation, to give Nigerians a sense of belonging.
“Even if it takes my last breadth, I want to pursue the creation of state. I will put in my last breadth to ensure the creation of Apa State for my people,” it stated.
Responding to calls on him to contest the 2015 senatorial seat, Mark said he would make his intention known as soon as the guidelines for the elections were released.
“I am a loyal, faithful and dedicated party man. I will only make my intention known when the Peoples Democratic Party (PDP) releases the guidelines and programme for the elections,” the statement noted.
Mark urged the people to remain steadfast and loyal to the PDP because there were good reasons to remain in the party.
He, however, cautioned aspirants to political offices to base their campaigns on issues that would positively impact on the citizenry, instead of engaging in mudslinging or character assassination.
The leader of the delegation, Sunday Ojo, said the visit was necessitated by pressure from citizens from Benue South Senatorial District to compel Mark to contest 2015 senatorial seat .
Ojo, who is the Chairman of Ogbadibo Local Government Area of Benue, stressed that the Idoma community had no better candidate than Sen. Mark.
He noted the achievements the senate president’s representation had brought to the people of the zone.
Ojo noted that Mark’s achievements on roads, healthcare, scholarship and rehabilitation of schools, including National Open University Complex and JAMB Centre were welcome.
Also the Chairman, Ado Local Government Area, Alex Ogaba, commended the senate president for the stability he brought to Nigerian politics.
Ogaba, who is the Chairman of Association of Local Governments of Nigeria (ALGON), Benue South, said all the tiers of government were working harmoniously for the good of the citizenry.
He assured that the people of the zone would do everything possible to re-elect the senate president.
Speaking on behalf of the members from the House of Representatives from Benue South, Hassan Saleh said the Idoma people were ready to return Mark unopposed in 2015