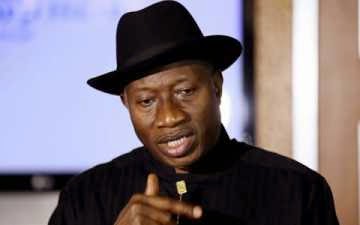 President Goodluck Jonathan on Thursday finally declared interest in contesting the 2015 presidential election.
He told Peoples Democratic Party leaders at the Presidential Villa, Abuja that he would procure nomination form of the party before the deadline.
He has also set up a presidential declaration committee saddled with the responsibility of coming up with a formal programme for his declaration.
The committee is headed by a former Minister of Defence, Dr. Haliru Bello.
The declaration would be held between November 7 and 15.
Details later.