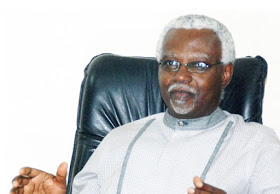 Mr Ekpo Nta, the chairman of the Independent Corrupt Practices and Other Related Offences Commission (ICPC), has revealed that a former federal government official who allegedly diverted N103m meant for three federal government colleges has been selling off his properties to pay back the loot because Buhari is hell bent on sanitizing and prosecuting executive thievesThe ICPC Chairman also said that the concerned officer will remain in ICPC custody till the recovery of the balance of the loot even though the sum of N53 million has already been recovered.Resident consultant of the ICPC, Mr Folu Olamiti on Saturday disclosed that Nta made the revelation at the 2nd annual colloquium organised by the law office of Chief Adegboyega Awomolo, a Senior Advocate of Nigeria, in Abuja on Wednesday.At the colloquium, the ICPC boss also said the commission had recorded successes in the fight against corruption, starting with the recovery of assets seized from officials of government who were being investigated for living above their means.Nta said, “We just returned close to N1bn to the Federal Ministry of Environment and N53m to three colleges in Ogun State.“An official in the ministry took the money and lodged it into a dedicated account. We tracked it and recovered the money. The N53m we just returned to the schools was recovered from a Federal Pay Officer in Ogun State.Nta further revealed that the N103 million diverted by the federal pay officer in Ogun state was meant for feeding the students of three federal schools in the state.The ICPC boss has now reportedly handed over the sum of N56.2m to the affected schools – the Federal Government College, Odogbolu; Federal Government Girls College, Sagamu; and Federal Science Technical College, Ijebu Mushin.