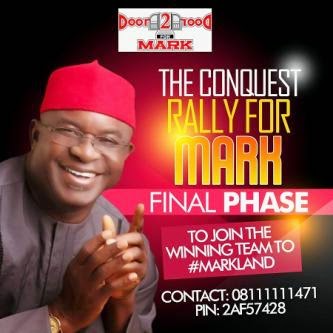 The City of Otukpo (Texas) is about to experience the biggest rally/campaign ever in benue state. The Door2Door for Mark Team are live in otukpo and fully ready to embark on a non stop rally with comrade Oche and his team starting from today. Senator David Mark remains the favourite and the peoples choice to retain his position as the senate president of Nigeria. He is perhaps the best thing that has happened to the idoma people. Come out in multitude and support your very own tonight.
#Door2DoorForMark
#VoteBackSenatorMark