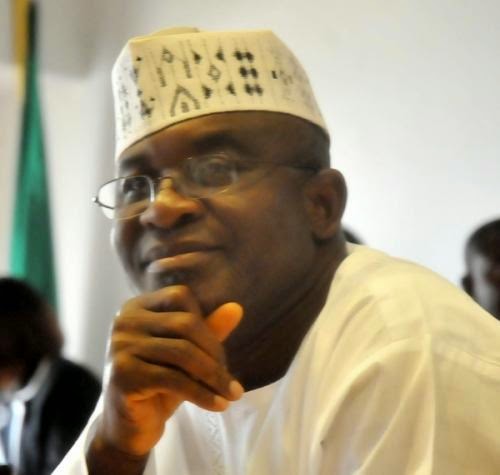 The President of the Senate Senator David Mark is emphatically an uncommon statesman. Hate him or love him. It does not diminish the incontrovertible fact that Senator Mark has consistently stood out to be counted when it matters in nation building.Even as a younger officer in the NIGERIAN Army he was assigned a Herculean and an unenviable task to settle NIGERIANS in Port Harcourt now Rivers state in what was dubbed abandoned properties saga after the 30 months old fratricidal civil war . To the admiration of his superior officers and indeed the nation, then Major Mark did an excellent assignment and helped to implement the Head of State General Yakubu GOWON ” No Victor, No Vanquished” as well as the eventual Reconstruction, Resettlement and Reconciliation (three Rs) between the Biafrans and the rest of NIGERIANS.As the then Military Governor of old Niger state in the 80s, Senator Mark introduced free and compulsory education for the girl- child that was hitherto restricted from acquiring education. Today Niger state ranks among the states with the highest number of girls in schools. All credit to Mark’s initiative.As a former Communications Minister he revolutionized telecommunication from analogue to digital network. He improved the lots in the communications sector to the extent that NITEL which heavily relied on government subventions to survive became buoyant and self sustaining.It is instructive to note that Mark saw tomorrow in telecommunications when he insisted that NITEL should not be milked to death by beneficiaries of its services refusing to pay bills and propounded that ” if you own a telephone line , be prepared to pay for services. ” Today , what Mark proposed for which he was vilified by not a few NIGERIANS is what is operating with the emergence of the Global Service for Mobile Telecommunications (GSM). Today , Nigerians are happy buying air time on their phones and enjoys the services no matter how costly.Let us not forget the point of this discuss that Senator Mark has unarguably proven to be a man of all seasons. He invoked the theory of Doctrine of Necessity to save NIGERIA from the precipice. Under him as President of the Senate, he midwifed the passage of the freedom of information bill into law so that all Nigerians and not just media practitioners to have unfettered access to information. He also rose to the occasion when the Western world attempted to foist an alien culture of same S3x Marraige into our culture and tradition. Mark and his colleagues remain steadfast and refused to compromise to the bully of the western culture.In presiding over the business of the Senate, he has demonstrated uncommon leadership acumen . Even his foes admires him. He is fair, firm and just to all irrespective of political party affiliation. Last week , his mastery of legislative practice and procedure came to the fore during the screening and confirmation of Ministerial nominees. The rival , All Progressive Congress (APC) Senators had risen in strong opposition to the screening and confirmation of Senator Musliu Obanikoro from Lagos State on the premise that he is a defendant in a case in court over his alleged involvement in last Gubernatorial election in Ekiti state. Their argument was that Obanikoro should not be considered or confirmed as a minister of the Federal Republic since the case is still in court.But they met a stone wall because Senator Mark is a stickler to the rules and procedures of the Senate. There is a precedent in the Senate to wit: that a Senator or a Member of the House of Representatives nominated for a ministerial position should not pass the crucibles of questions and answers because in the wisdom of the upper legislative chamber, any person having gone through the mill of legislative scrutiny is not just qualified but a fit and proper person .That was the case of Obanikoro. Even if he has a matter in court , our law presumes him innocent until a court of competent jurisdiction proves him guilty. Therefore , he cannot be denied his rights and privileges not just as a former Senator but a citizen of NIGERIA.This was the position upheld by Senator Mark after the majority of Senators had given their nod for Obanikoro to be cleared as fit and proper person to be a minister of the federal republic.So whether the APC agrees to this proceeding in this context is immaterial because this is right thing that should be done and the Senate indeed complied with its rules and procedures.We must not on account of party loyalty lose sight of national interest and cohesion. What makes for the good, peace, welfare and unity of NIGERIA should and must always be the watch word of the Senate. Again, Senator Mark displayed uncommon maturity, sagacity and statesmanship in presiding over the ministerial screening.Obafemi Tunji , political analyst wrote from ABUJA.