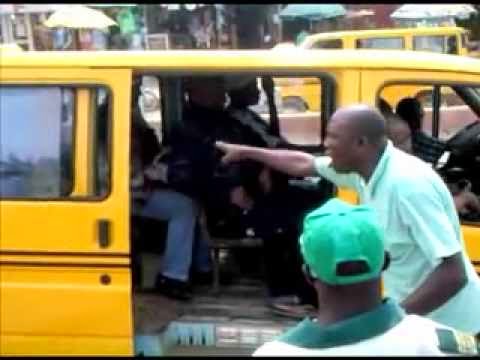 A bus conductor identified as 32-year old,Taye Ajayi is in trouble, and has been arrested for biting off the ear of a passenger after they had an argument over N20!
Taye who collects money in the commercial bus that plies the Egbeda area of Lagos state, was said to have attacked the unlucky passenger Mr. Kabiru Olugbemi at Micon bus stop also in the Egbeda area.
The two had a disagreement after Kabiru paid Taye a bus fee of N30 instead of the N50 Ajayi demanded from him.
When Kabiru arrived, his destination, he alighted from the bus but as he tried to walk away, Ajayi allegdly grabbed his left ear and bit it off, throwing it on the ground!
Kabiru was rushed to a nearby hospital, admist severe bleeding, where the ear could not be fixed, as it was confirmed dead.
On these grounds, Taye was arrested and charged to court for inflicting permanent injury on the victim under the Criminal Code. He however pleaded not guilty.
The presiding magistrate, Mr P. E. Nwaka granted him bail in the sum of N50,000 with two sureties in like sum. He was remanded in prison custody pending when he will fulfill his bail condition. The case was adjourned till 6 October this year.