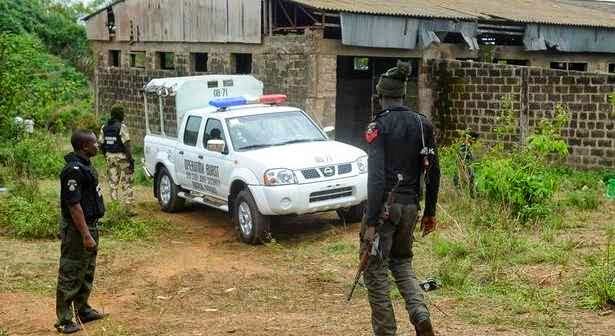 A pastor (names with­held) in one of the new generation churches in Ozoro, Isoko North Local government Area of Delta State has been arrested over the death one Evi Samson

The pastor who is also a Registrar in a Magistrate Court in the state was said to have administered black concoction on the victim as an antidote for an ailment.SunNews reports that Uwhemwu who reported the matter at the police sta­tion, said he took his son to the pastor for prayer. He added that the sus­pect gave his son the black concoction to drink follow­ing which the victim devel­oped swollen head and eyes in the night of the same date and died afterwards.But the pastor who is now cooling his heels in po­lice custody denied respon­sibility for the death, saying that what he gave to the boy was a bottle of coke. Public Relations Officer of the Delta State Police Command, DSP Celestina Kalu who confirmed the in­cident yesterday and stated that the victim’s corpse has been deposited in the hospi­tal for autopsy. DSP Kalu said discreet investigation in the matter has already commenced, adding that some charms from the suspect’s shrine behind the church were recovered when his house was searched.