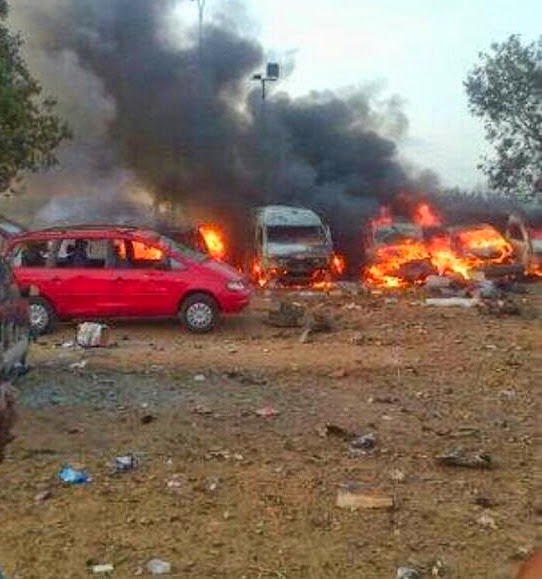 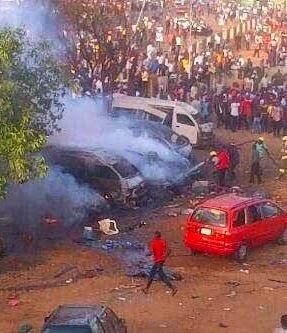 Two blasts at Nyanya Motor Park on the outskirts of Abuja this morning April 14th has killed several people with many injured.The blast occurred at the crowded bus station around 6.30am today during rush hour as commuters were about to board buses and taxis to go to work in central Abuja. Two buses full of people were struck. It is believed that one of the buses, which was parked overnight at the motor park, was loaded with the bomb that went off this morning.The explosion occurred in a section of Nyanya park allocated to luxury buses. An eyewitness said he saw at least 50 bodies being removed from the scene..“This morning there was an explosion at the Nyanya Motor Park,” Manzo Ezekiel of the National Emergency Management Agency said. “Rescue teams are on the ground”Now there are some really horrible photos from the ugly incident this morning. Find it after the cut. *viewer discretion advised*MORE PHOTOS BELOW 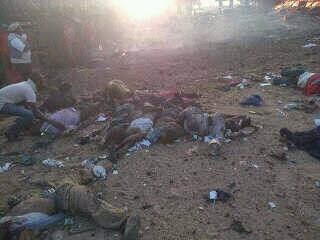 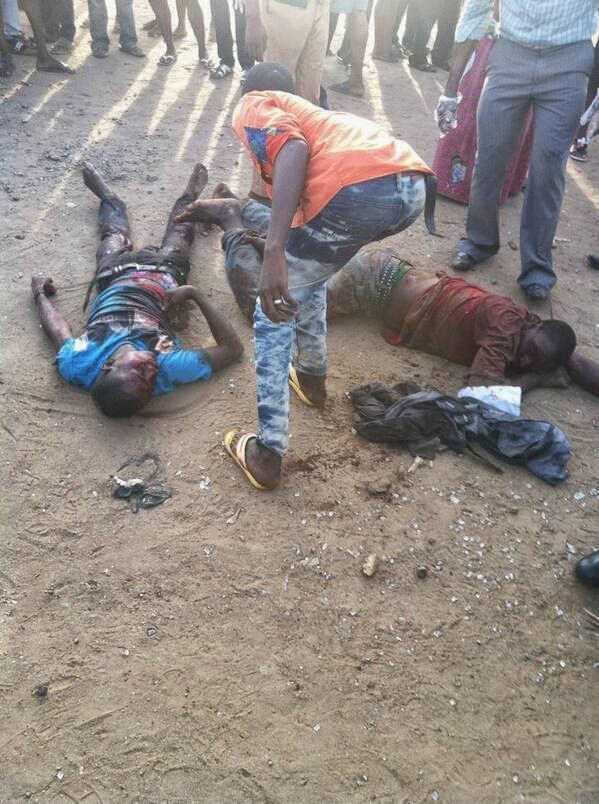