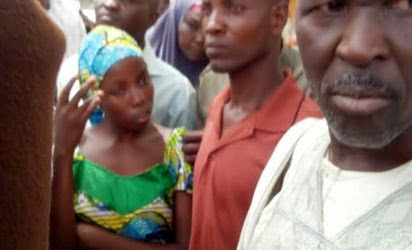 Boko Haram men have threatened to kill the school girls they abducted in the early hours of April 15th if the search for them continues. This is after some Borno women under the auspices of BAOBAB Women’s Right said they are planning to storm the Sambisa forest where the abducted girls are believed to be held.

The women said since efforts by the military to rescue the girls haven’t worked so far, it was time for them to take matters into their hands as concerned mothers.

The Spokesperson for the group, Professor Hauwa Biu, told newsmen
“We are ready to go into the forest and search for the girls. In fact, we are prepared to risk our lives and get up to Boko Haram camp and appeal to them to release the children to us so that they can re unite with their parents. There is nothing extraordinary in our quest to enter the dangerous forest. We learnt that some men in Chibok had earlier embarked on such mission, which later turned out to be fruitless. We felt that as mothers, we are in a better position to have the sympathy and concern over the fate of the missing girls. Our target is not to fight the abductors, but we want to beg them to release the girls in the name of the God that we all worship.