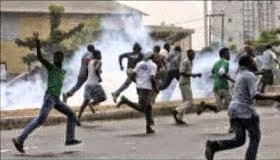 What is wrong with Boko Haram and their sponsors: why are they making human life worthless? As you read this, scores of students travelling to write JAMB exam in Borno State have been reportedly killed by the dreaded Boko Haram sect. They were among several persons that lost their lives in multiple attacks that were unleashed by the sect in four communities. A senator from the area said: “What happened in Borno was beyond understanding. It is a must for me to speak since the people lives are involved and they are my people. All these are happening in my constituency and it will be wrong to keep quiet. I feel so much pained and would not have spoken but definitely my conscience will not let me do that.” The Senator who is representing Borno Central in the Senate, Zannah Ahmed, on Friday accused the military of complicity in the latest attack where he said that 210 people were killed in attacks on four towns. The towns included Dikwa, Kala Balge, Gambulga and Gwoza. The senator claimed that the attackers were all dressed in military uniforms and spoke English language. This was a departure from the Hausa and Kanuri language spoken by the Boko Haram insurgents. He even lamented that authorities of the military post in Gamboru, which purportedly received a distressed call from the people of Kala Balge avoided the town, claiming that it was not in its area of command. But what is really going on? Is this Boko Haram or some powerful people just trying to reduce population?