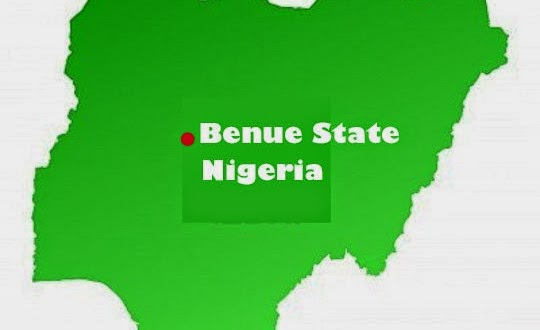 BASED on the large number of governorship aspirants in Benue State the electorate might have a tough time knowing who to settle for.
With the adoption of president Goodluck Jonathan as the sole candidate of the Peoples Democratic Party (PDP), the stage is now set for state chapters of the party prune the numbers.
In Benue State the tussle for who succeeds Governor Gabriel Suswam rests squarely on the age long principle of zoning within the party, which is a derivative of the Tiv traditional principle of “ya na angbian” meaning, eat and give your brother.
This principle has resonated now more than ever, as the three senatorial zones are all clamoring to govern the state.
Suswam hails from the Sankera axis, comprising Katsina/Ala, Ukum and his home council of Logo in the state’s northeast senatorial district. Power is expected to return to the state’s northwest senatorial district, other wise known as zone “B”. But this has become a subject of controversy to the Idoma ethnic group.
The argument of the Idoma is that the two other zones which comprise the Tiv have had their fair share of the power deal, and as such, it is only fair that the southern senatorial zone, which is currently led by Senate president David Mark should have a shot at the governorship position.
Apart from a former minister of state, Niger Delta, Sam Ode, a former medical director of the Federal Medical Centre, Makurdi, Matthias Oyigeya and the Deputy Governor, Stephen Lawani, there are other contenders from the Southern zone, who may not be well known.
The argument of the Idomas falls short of the democratic requirement of the majority carrying the day.  Politics is a game of numbers, even though the criteria of affirmative action could be used to balance the argument in favour of the minority. Based on 2011 figures, the number of eligible voters from Gboko local council, which is the traditional headquarters of the Tiv people, Katsina/Ala and Ukum out numbered that of the seven local councils in Idoma land, a factor, which strongly impedes the argument for the Idoma.
It is on this note that there are fears in some quarters that except Apa state, strongly canvassed by the Idoma, is created to free them from the majority advantage of the Tiv, the possibility of their producing a governor for now is zero. Hence the option by stakeholders in the zone to field Sam Ode as a running mate to any PDP standard bearer in the next poll.
Be that as it may, Jerchira federal constituency in the north-east zone, other wise known as zone “A” is advancing an argument based on the sharing formula of the Tiv people, with reference to history during which a similar, political scenario played out. That was during the political leadership of the late senator J.S Tarkaa.
In that era, the failure of Tarkaa, who championed the cause of the Middle Belt and other minority groups in the country to get the presidential ticket of the defunct National Party of Nigeria (NPN), saw him returning to collect his senatorial ticket from the late Akperan Orshi, who had already won the primary.
Consequently, Orshi was compensated with the Tor Tiv stool, as the late Asema Yua, who was awaiting coronation as the Tor Tiv was denied the position with the argument that two kings should not emanate from one house since the then state governor, Aper Aku hailed from the same Kwande local council with Yua, hence the political arrangement of ‘eat and give your brother to eat.’
It is based on this reason and many more that people like a former commissioner Terhemba Shija, Eng. Emmanuel Akem and former minister of justice and attorney general of the federation, Kaase Aondoakaa have joined the governorship race, with their argument being a seeming violation of a precedent that had been set.
However, the seeming surrender of the gubernatorial position to MINDA axis, where the current Tor Tiv, Alfred Akawe Torkula hails from has seeing an unprecedented number of aspirants for the gubernatorial position.
This has forced the Tor TiV to narrow the number down to five, with the minister of state, trade and investment Samuel Ortom, former speaker of the state House of Assembly Terhemen Tarzo and Eng. Felix Atume making the list. Others are; Eugene Aliegba and professor David Ker.
This development does not give any candidate any advantage, even though Ortom has more visibility because he is a serving minister.
Ortom who rose through the ranks was to become the council chairman of Guma on the platform of the defunct All Peoples Party (APP).
Former governor George Akume afterwards wooed him over to PDP, and he became state secretary of the PDP. He later became the national auditor of the party and was subsequently appointed into his current position, from where he hopes to pursue his governorship ambition.
His popularity has caused the opposition All Progressives Congress (APC) in the state to shop for a candidate that can match him.
Senator JKN Waku, who hails from Guma, as Ortom is being considered as the candidate to give Ortom a good fight.
Known for his controversial contributions on issues and debates in the Senate between1999 and 2003, Waku has already begun consultations in order to be favoured by the leadership of the APC.