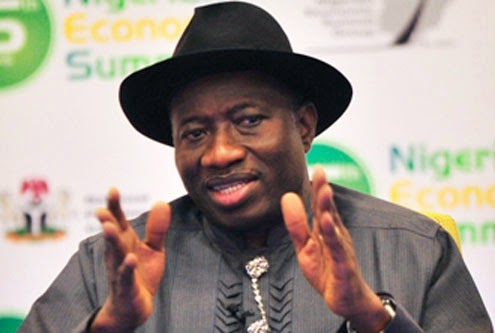 President Goodluck Ebele Jonathan has assured the international community that Nigeria will remain politically stable and united after the 2015 general elections. President Jonathan gave the assurance
at audiences with the new ambassadors of Spain, Finland, Ireland and Ghana who presented their letters of credence to him at the Presidential Villa.
The President reiterated his administration’s commitment to ensuring that the 2015 elections are as free, fair and credible as there can possibly be.
“We received international commendations for the conduct of the 2011 general elections and I can assure you that the 2015 general elections will be even better.
“Our friends and well-wishers will be welcomed to observe the elections under the auspices of the African Union, ECOWAS, United Nations, the European Union or other international bodies to affirm that the elections are as free, fair and credible as we have promised,’’ President Jonathan told the new envoys.
The President also urged Ambassador Alfonso Barnuevo Sebastian De Erice of Spain, Ambassador Pirjo Suomela-Chowdhury of Finland, Ambassador Sean Hoy of Ireland and Ambassador William Azumah Awinador-Kanyirige of Ghana to strive to further enhance trade and economic relations between Nigeria and their respective countries.
The four new ambassadors thanked President Jonathan for receiving them and promised to do their utmost best to strengthen bilateral relations between their countries and Nigeria during their tenures in Abuja.