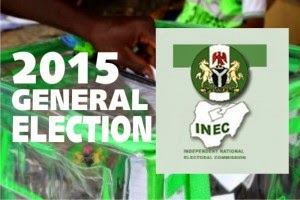 The Police, yesterday, released a list of 14 offences that may be committed which may lead to arrest during the elections.

A statement from Force Headquarters highlighted the 14 things termed as electoral offences that warrant arrest:
1. casting of vote twice or more
2. announcing false election result
2. stopping any other person from voting
3. revealing information on a ballot paper of another person.
4. being in possession of another person’s voter card
5. disorderly behaviour at polling units
6. canvassing for votes at polling unit
7. shouting slogan of a political party at polling unit
8. being armed with guns, sticks, stones or any other dangerous weapons at polling units
9. loitering or walking about in a polling unit.
10. using siren at a polling unit
11. snatching or destroying ballot boxes or card readers
12. holding public meeting during election hours on election day
13. wearing or carrying badge or poster of a political party
14. inflicting or threatening to inflict injury on any person or persons at a polling unit.
The Police warned members of the public to avoid trouble, stressing that any offender will be arrested and prosecuted.